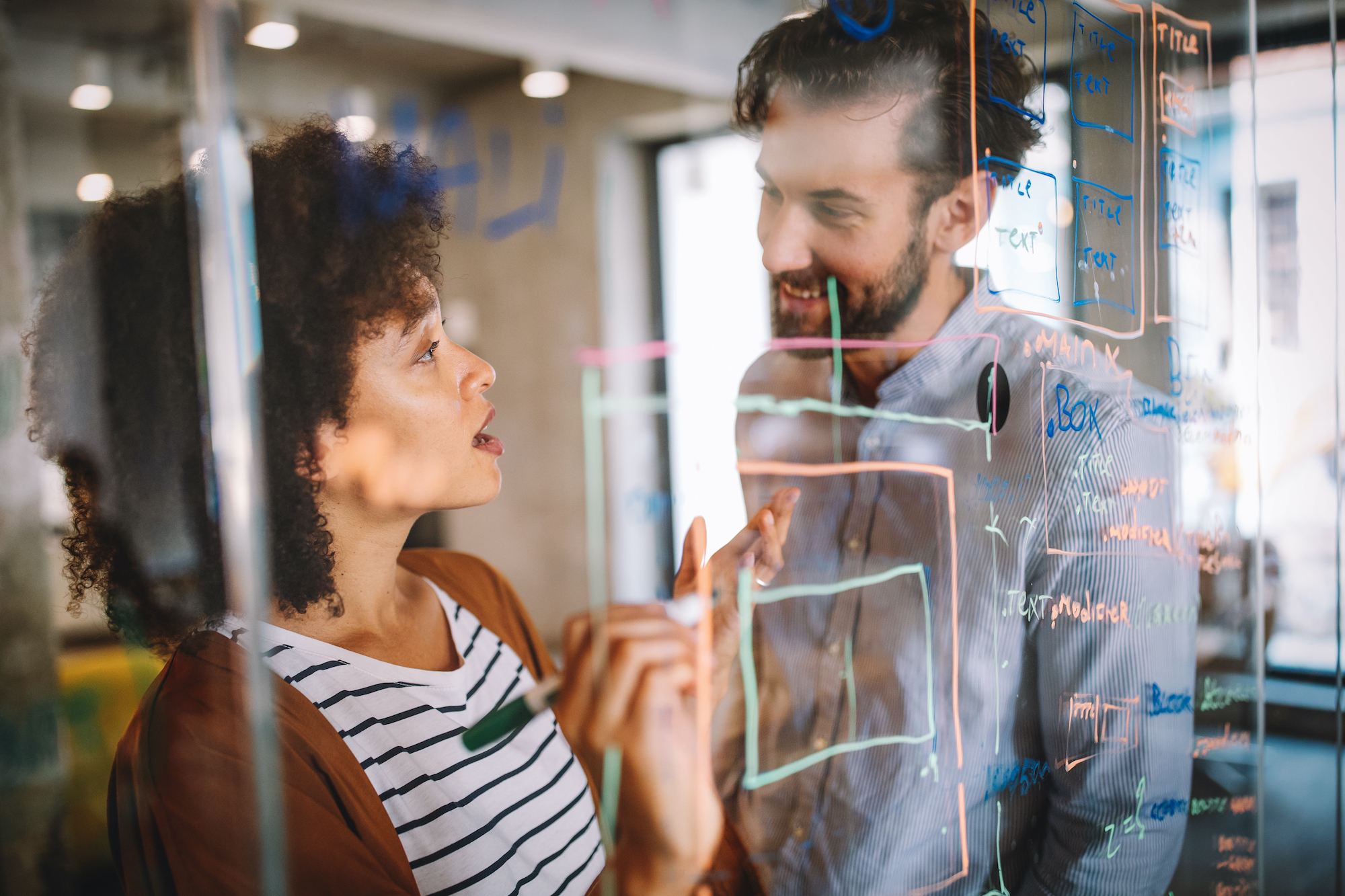 Knowledge Management from the prehistoric era to today 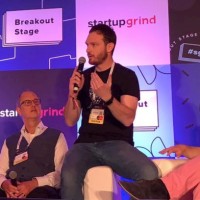 Knowledge Management from the prehistoric era to today

Recently, I met up with a friend.  Among other things, we talked about family, relationships, the 2018 FIFA World Cup… and the question came up of "How did we ever get along without…?"  After a long discussion, we reached an exciting, simple conclusion—you cannot get along with something when you don't know it exists or is even possible.  The friend, who I hadn't seen in a while, was very curious about what I was doing these days, so I told him about my insights from the world of knowledge management and what had to be done to bring it forward into the next generation.

Knowledge management, whether individually or within an organization, is tested in light of being able to access knowledge at the right time and place.  the surrounding technology has continued to advance over the years.  And being divided into 4 different eras of time.

During this period, when individuals didn't know how to accomplish a particular task, they had to turn to another ancient person and hope that the person possessed the necessary knowledge.

When people wanted to go fishing, they would seek out others who knew about fishing.  This physical meeting and sharing of information between the two allowed for knowledge acquisition.

This process took prehistoric humanity a great deal of time, totaling weeks or even years, to find the relevant knowledge to carry out a single task.

This period, which began about 5,300 years ago in the Mesopotamian civilization, allowed individuals to distribute information among themselves in a more efficient fashion than the previous period. When wise individuals would write something, this writing could be distributed and arrive at multiple other individuals at the same time.

Acquisition, preservation, and distribution of knowledge during this period were considered the greatest technology developed over thousands of years and allowed for numerous optimized processes.

It is even possible to say that the technology of reading and writing saved the average individual entire days and weeks when it came to information management and national memory while making the processes of carrying out tasks more fast and efficient.

This period has led to unprecedented optimization in the world of knowledge management and made the average person many times smarter.

Concerning time, it seems as if the period of computers has brought us to a situation in which, for days and weeks on end, we aren't occupied with a search for information to carry out single tasks, but instead, the search for knowledge is an integral part of our daily work.  On the one hand, we can take pride in the fact that we've advanced since the years when an information search took a few hours, but on the other hand, without noticing it, we have begun to experience another severe problem:  an information overflow.

Actually, the ability to provide all the information in the world at the click of a button brings knowledge to us, but makes it more difficult to find an answer.

In a competitive world where everyone can access information with just a few clicks of a button, the best solution comes from the individual who is most efficient in processing the information and not merely providing it.

Recently published research by the International Data Company (IDC) determined that the average knowledge worker in today's world wastes about 2-3 hours per day searching for information and carrying out repetitive tasks which that individual or someone else with their organization has already done.  Certainly, each one of us feels on a daily basis that the endless search for information brings us to a situation of powerlessness, which leads to "gambling" on the best information that's currently available.  Beyond this, we often feel exhausted by the search process, so we tell ourselves that we'll do what seems right to the best of our recollection, an absurd situation that returns us to the characteristics of the era of prehistoric humanity.

But let's try not to feel exhausted because the world of technology also brings with it good news.

About two and a half years ago, the company that develops the app Waze invented a feature that connects to our calendar.  That's how I found myself sitting in the office when suddenly my phone told me, "Time to leave", click and my route to my next meeting is optimized and ready.  Without our noticing, we entered a new era with the great vision of "go do your things, the knowledge will get to you".

In fact, during this period, which I'm calling the period of artificial information, for the first time in human history, technology provides relevant information only, arriving on a "push" basis instead of "pull."

At the end of that conversation between my friend and me, my friend told me, "Our generation was educated in the skills of bringing relevant information to the right place at the right time, and that's our job.  Does it make sense for a computer to know how to do these things?"  I relaxed my friend by telling him.

"Riding the wave of technology allows reducing the time spent dealing with trivia, letting us focus on the main ideas so that people and organizations will be able to use the same resources to get further and faster than before."

We are entering a new age, an age in which we aren't chasing information, but instead, it finds its way to us, in the right place at the right time.  The truth is, we're already there… think about how you found out that some far-away friend had a birthday today… (hint... Facebook reminded you)

Let's learn how to be wise and ride the wave of technology so that we can experience that feeling of "How did we ever get along without information coming to us?" even sooner than we expect.  Searching for something?  Finding information?  Who even does that anymore these days?

More from the Blog 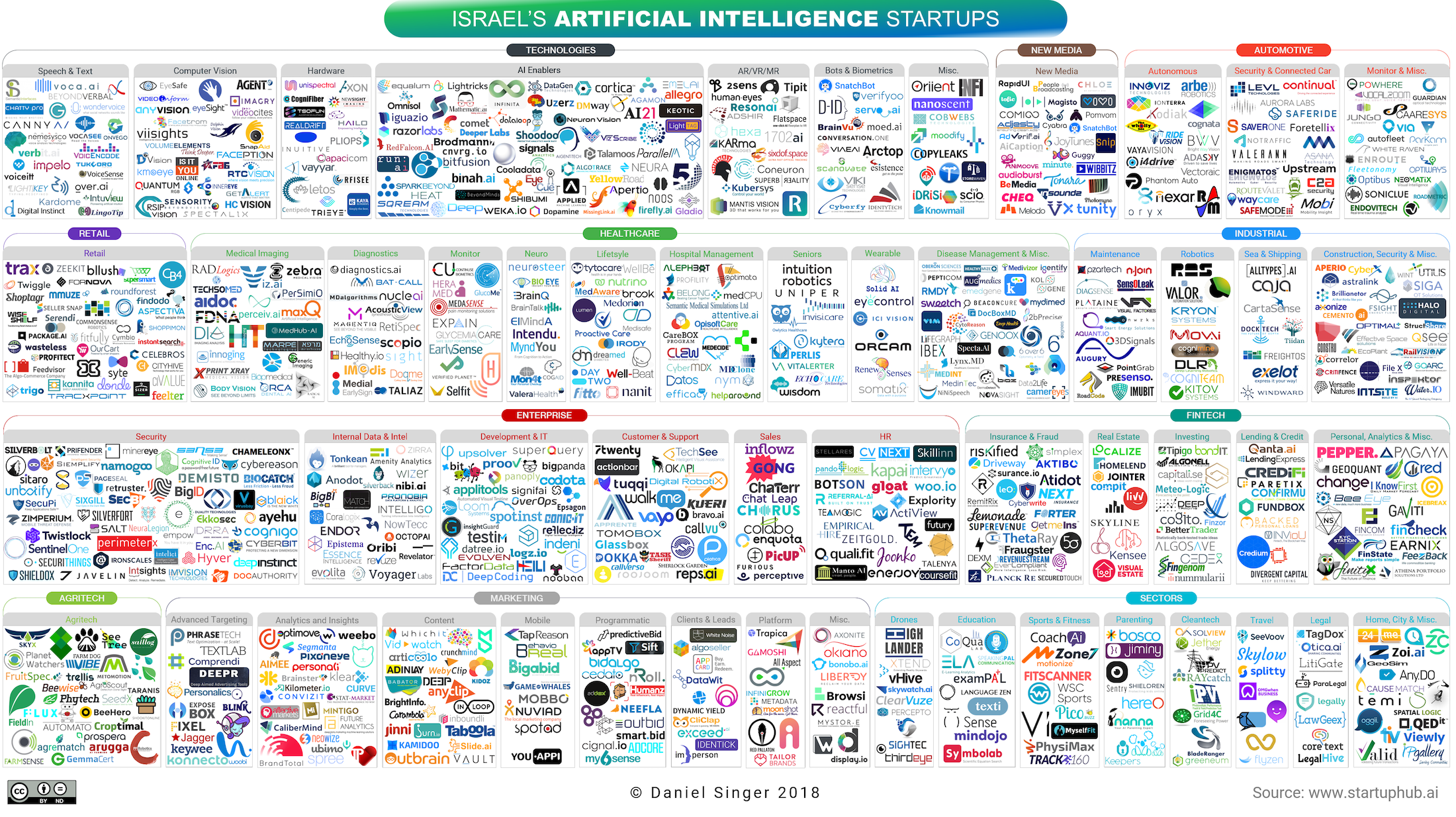 We are proud to be covered in the Israeli startup map, that has been published by Daniel Singer in Medium. 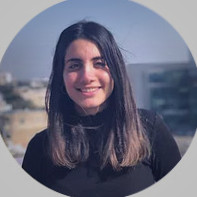 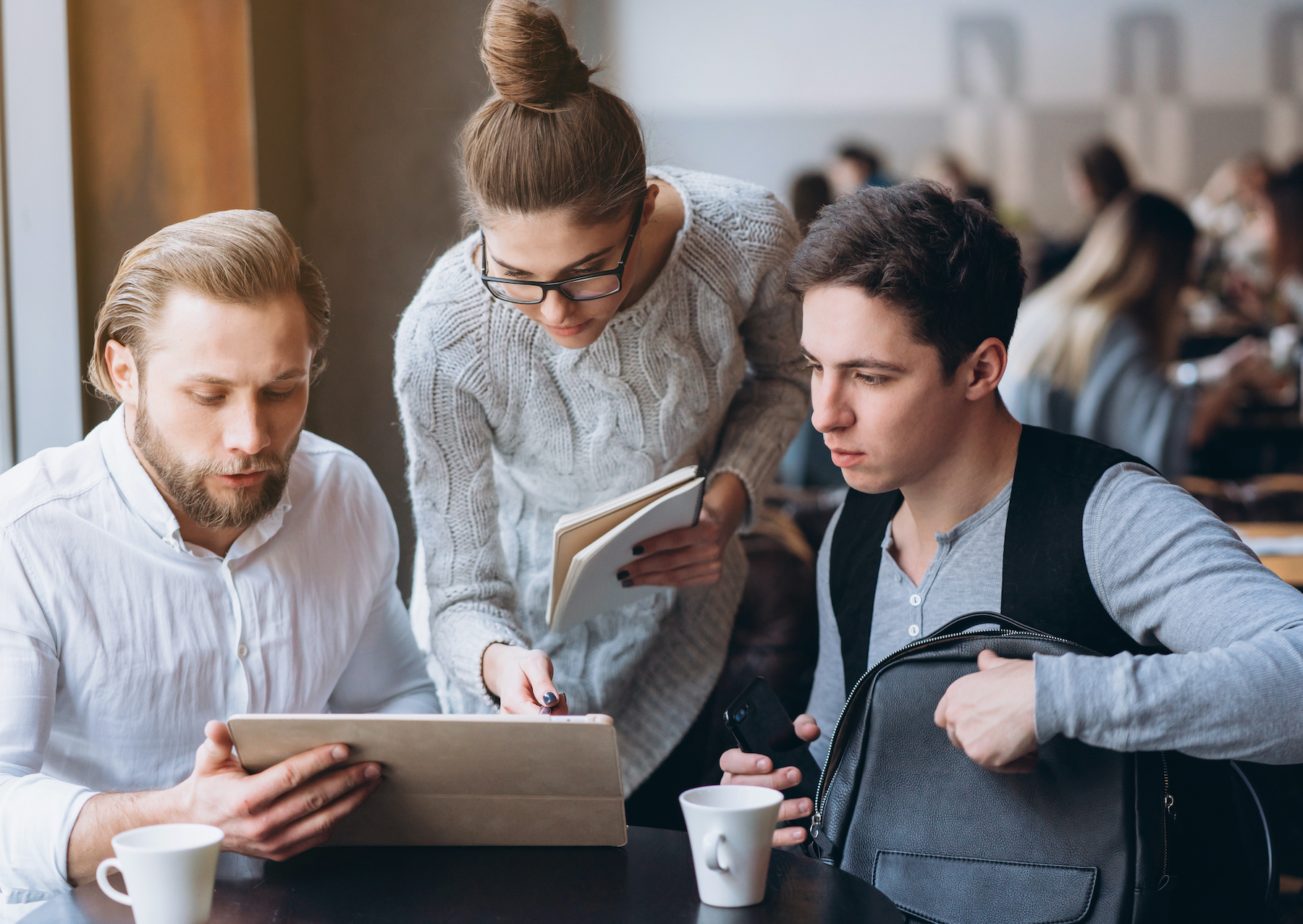 How To Preserve Knowledge Within An Organization

The following are the ways to efficiently preserve knowledge within an organization which would boost productivity. 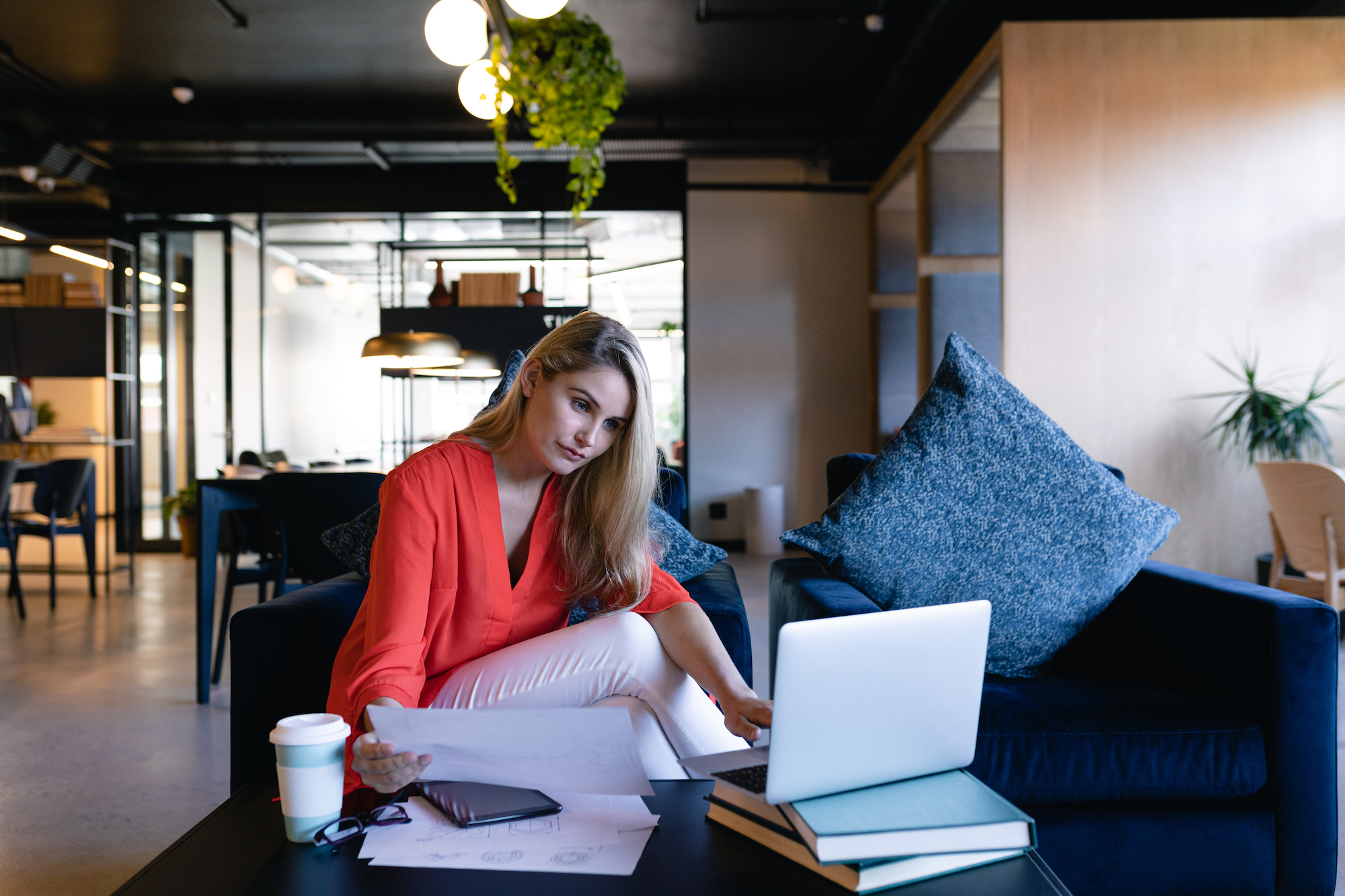 “Most information is time-consuming, negative, irrelevant to your goals, and outside of your influence. I challenge you to look at whatever you read or watched today and tell me that it wasn’t at least two of the four.” 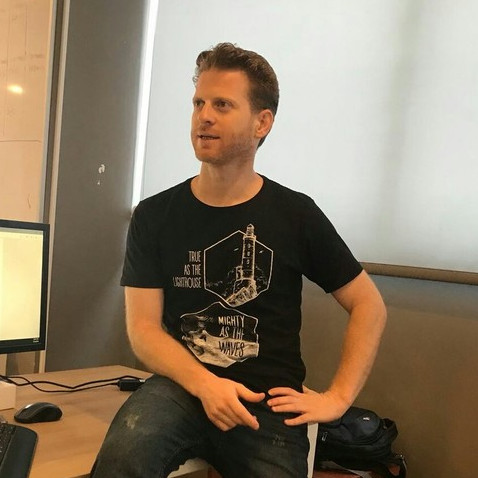 Subscribe below and get updates from us every time we publish a new story in our blog
Thank you! Your submission has been received!
Oops! Something went wrong while submitting the form.
We will never share your email address with third parties.